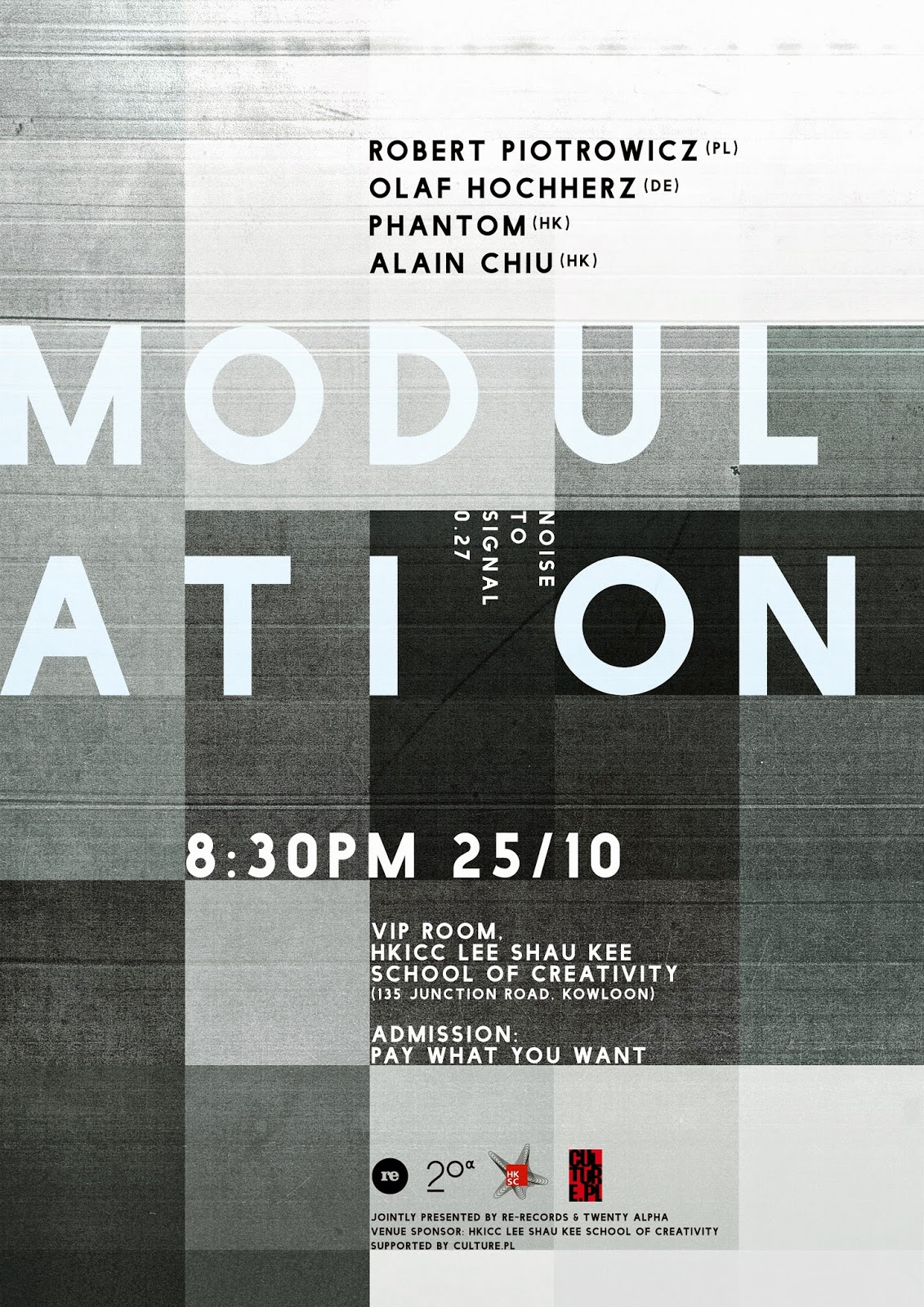 Admission: Pay What You Want

Robert Piotrowicz (PL)
robertpiotrowicz.net
Robert Piotrowicz is a sound artist, composer and improviser. He has authored radio dramas, sound installations, and music for theatre productions, and collaborates regularly with other artists on audio-visual performances. As an instrumentalist, Piotrowicz works mainly with his own live performance setup, developed around the electric guitar and analogue modular synthesiser. His music has as much in common with contemporary electro-acoustic compositions as it does with sound art. His concerts feature saturated, detailed musical forms created with analogue synthesizers and computers. He has developed his trademark sound of intense dynamics seized in dramatic and balanced structures.

Olaf Hochherz (DE)
http://hochherz.klingt.org/
Olaf Hochherz is born 1981 in Wuppertal/Germany. He improvises with self build electronic instruments and is interested in unstable systems. His goal is not to control a technical aperture but to create an associative field. The sounds have their own live. His playing tries to keep them alive. He is interested in the effect acoustic activity has, the relation between surrounding environment and instruments, between abstract sounds and associations, between electrical and other worlds.

Alain Chiu (HK)
http://alainchiu.com/
Award-winning composer Alain Chiu’s music has been performed in concert halls and festivals throughout the world. His music was heard in the 41st & 42nd Hong Kong Arts Festival, Hong Kong Week at Taipei, Jumping Frames Italy Tour and Cannes Film Festival, and has been performed by the Ives Quartet, the Afiara Quartet, William Lane, Kung Chi Shing, Louis Siu and among many fine musicians.

Chiu’s music was recorded by the Grammy Award winning ensemble Orchestra of Our Time in 2011. He is working on a multimedia opera that deals with class issues in Hong Kong.
Posted by Sin:Ned at 2:02 PM