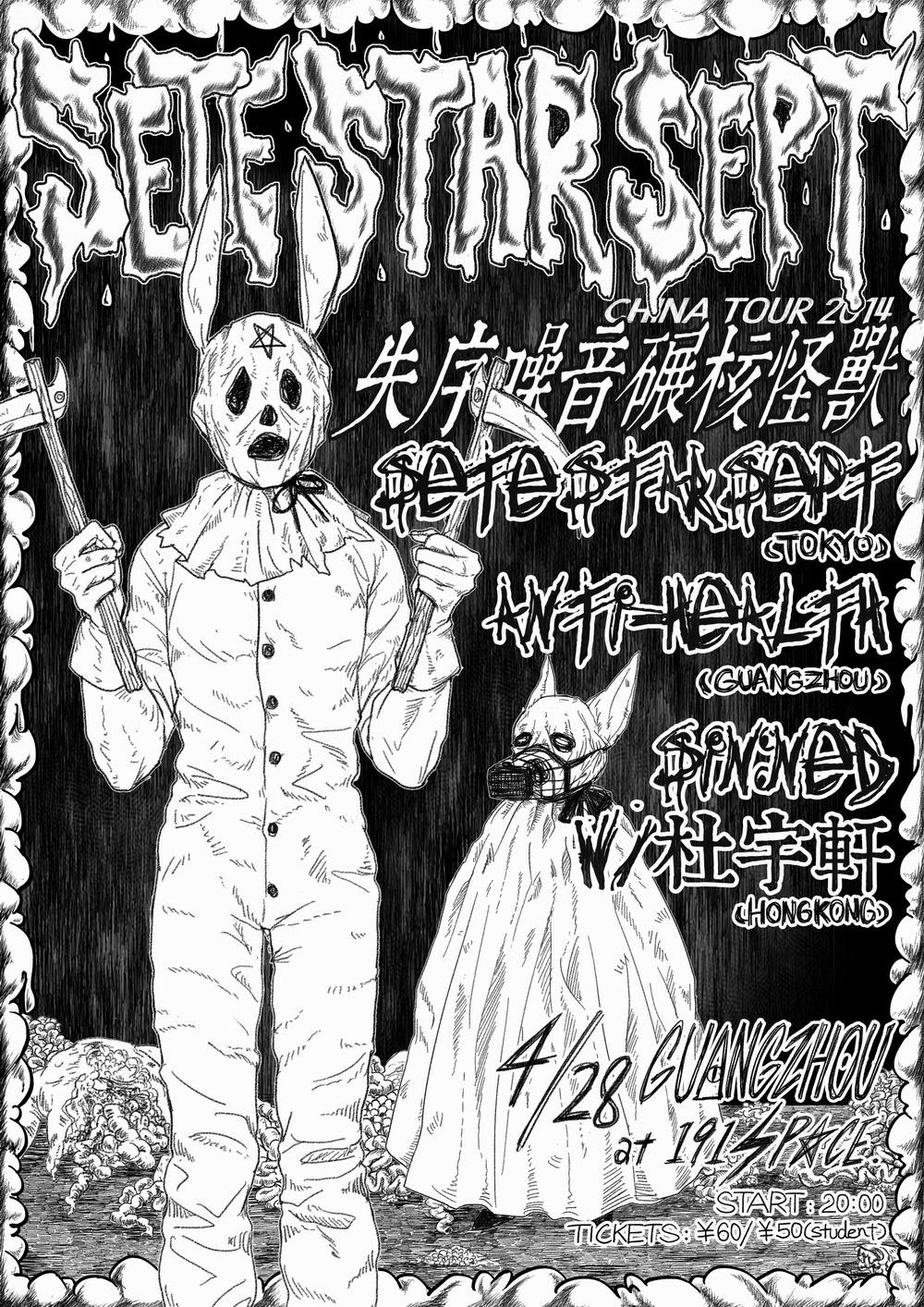 Sete Star Sept is a noisegrind band from Tokyo, Japan.

Sete Star Sept was started by Kiyasu (ex-The Endless Blockade) in 2004 in Japan. They began as a Gerogerigegege-influenced noisegrind band.

The band's name, "Sete Star Sept, " comes from a term used in pachinko, "7 star 7.” It has no meaning. "Sete" and "Sept" mean “seven” in Portuguese and French respectively.

In 2009, after appearing on various compilations, demos, and split releases, Sete Star Sept released their first album, "Revision Of Noise," on Fuck Yoga Records. Soon after, the lineup changed, with Kiyasu remaining on drums, and vocalist Kae taking on bass duties.

In 2011, Sete Star Sept embarked on their “World Tour 2011,” playing many shows in the U.S. (on the east coast), Germany, Netherlands, China, Malaysia,Thailand, Indonesia, Singapore and South Korea. During that tour, they released a 50-track, 10" vinyl EP called "Gero Me" (Rage For All). The cover artwork was designed by underground manga artist, Shintaro Kago. At the beginning of 2012, Sete Star Sept appeared on a split 7” EP with CSMD, titled "Shrimp Tie" (No Fucking Labels/Stockroom) and a split 7" EP with Penis Geyser (SPHC).

From end of April to mid-May, 2012, Sete Star Sept toured the west coast of the United States, supported by Godstomper.

A 3" vinyl EP, "Kaama Dhaatu," was released by Fuck Yoga/Idoneum Bello. The songs on “Kaama Dhaatu” were recorded on reel-to-reel tape in Amsterdam by Poda (Patareni) during their 2011 European tour.

On August of 2012, Sete Star Sept toured Japan with U.S. noisecore band Penis Geyser, and released a 17-minute long, single track EP, "All is Wrong" on 8cm CD. On November, the "Vinyl Collection 2010-2012" CD was released by Fuck Yoga. On December, 3rd Malaysia and Singapore tour.

U.S. tour on May and June.
played at Maryland Deathfest and Chaos in Tejas, released LP/CD called "Visceral Tavern" (SPHC). its artwork designed by Shintaro Kago, a split 10" EP with Noise(SPHC) and a split 5" EP with Violent Gorge(Pan Del Muerte Records).

UK and Ireland tour on Octorber.
released a split 7" EP with Madre Coca(B.O.G Records) and "Messenger Of The Darkness" CDEP (Placenta Recordings) 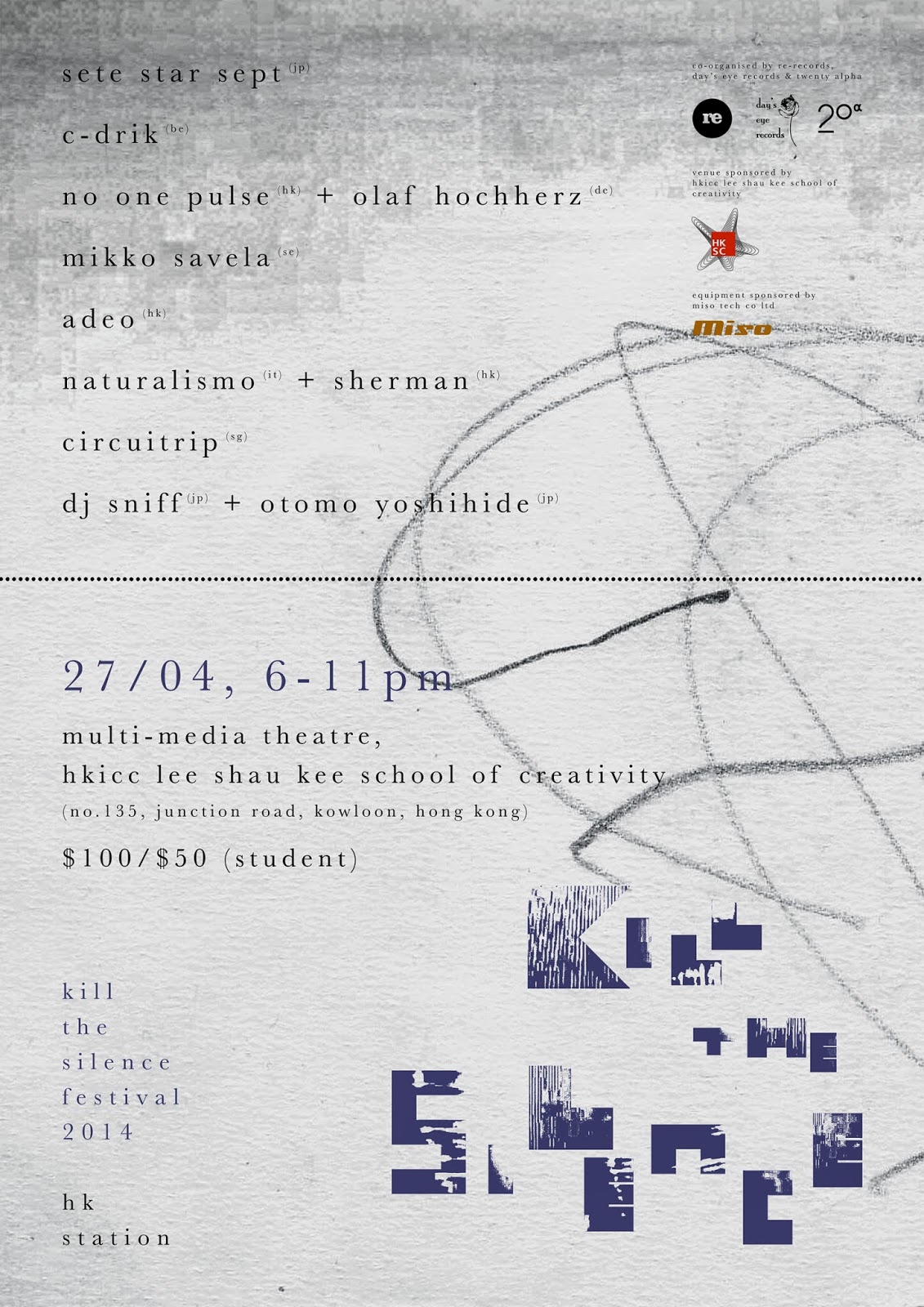 Following the huge success of the Kill The Silence Festival last year in with Macau 18 acts and over 12 hours of live performance, this year we are bringing the festival to both Macau and Hong Kong in April!!

Kill The Silence is the only independent music festival that embraces rock, electronic, experimental, noise music and independent short films screening in a genres breaking and boundaries crossing environment.

This year, we are bringing an even more impressive line-up for both Macau and Hong Kong... 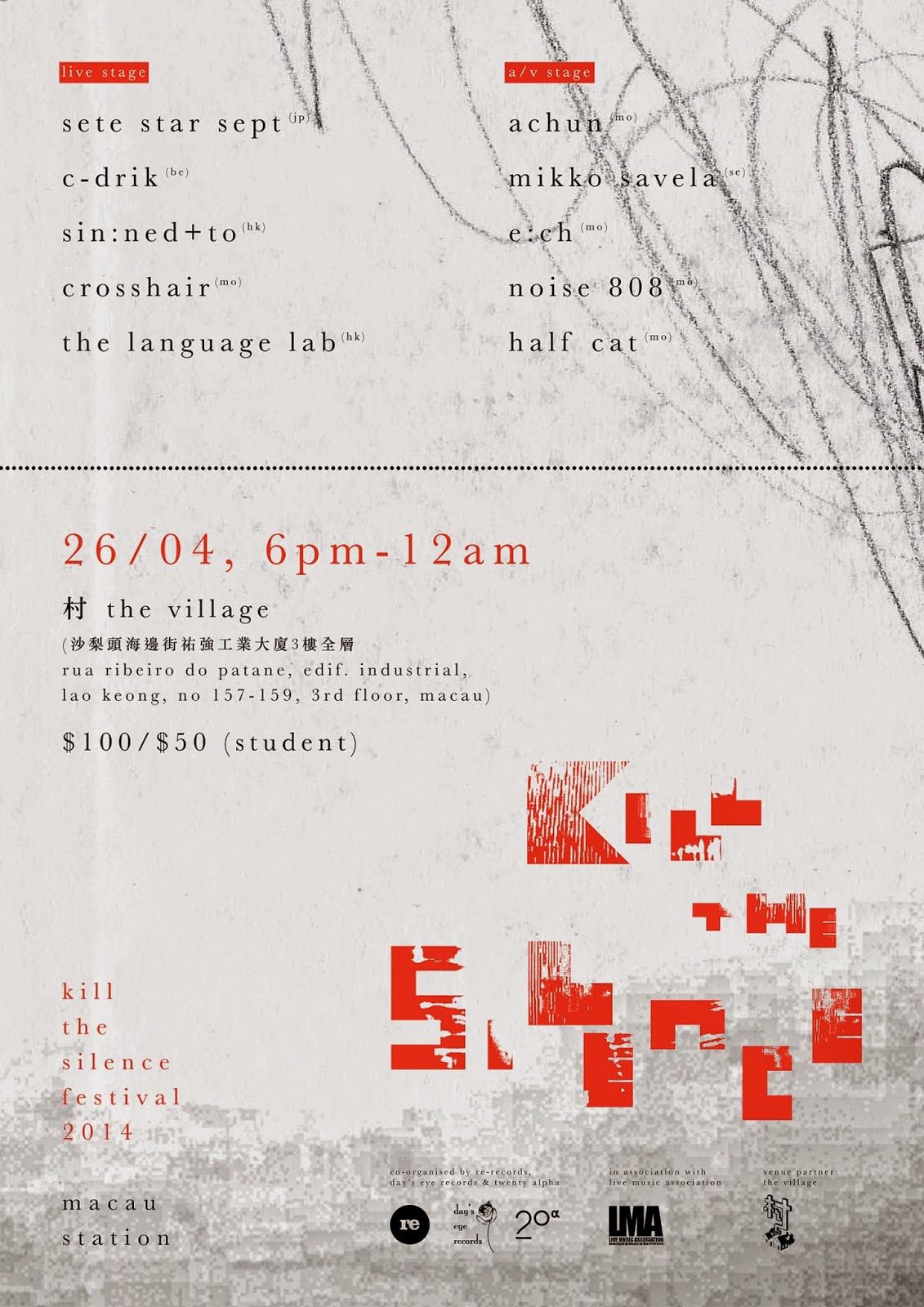 After the tragic earthquake and tsunami that hit North-Eastern Japan in 2011, he initiated Project Fukushima, an outdoor festival and community art project in areas of Fukushima where he grew up during his youth. Together with local residents and artists, every year they host events that aim to remind people that life still goes on there, even after such severe calamity and environmental destruction caused by the nuclear reactor meltdown.

In 2013, Otomo won national recognition for his soundtrack for TV drama “Ama-chan” which aired every morning on the national public broadcasting network, NHK. Combining many musical styles from Jazz, Pop, Big Band, and hints of experimental music, the soundtrack became a household hit.
Interestingly, during the early 90’s, Otomo spent much of his time in Hong Kong before extensively touring Europe and the U.S. On each visits to Hong Kong, he actively collaborated with local experimental musicians.

For this exclusive performance at SCM, local musicians Sin:Ned (Electronics), Fiona Lee (Electronics), Chin King (Guzheng), and dj sniff (turntables) will join Otomo in a unique performance inspired by his installation performances Yuheisha (幽閉者) and Ensembles. Performers are dispersed around the audience with no center stage and without much visual contact with each other. Silence, time, and space become equally significant elements in the loosely composed music being made on the fly.

The following week, he will give a talk about his work in music and film. He will also talk about responsibilities felt by Japanese artists after the disasters in 2011 and the actions they took. 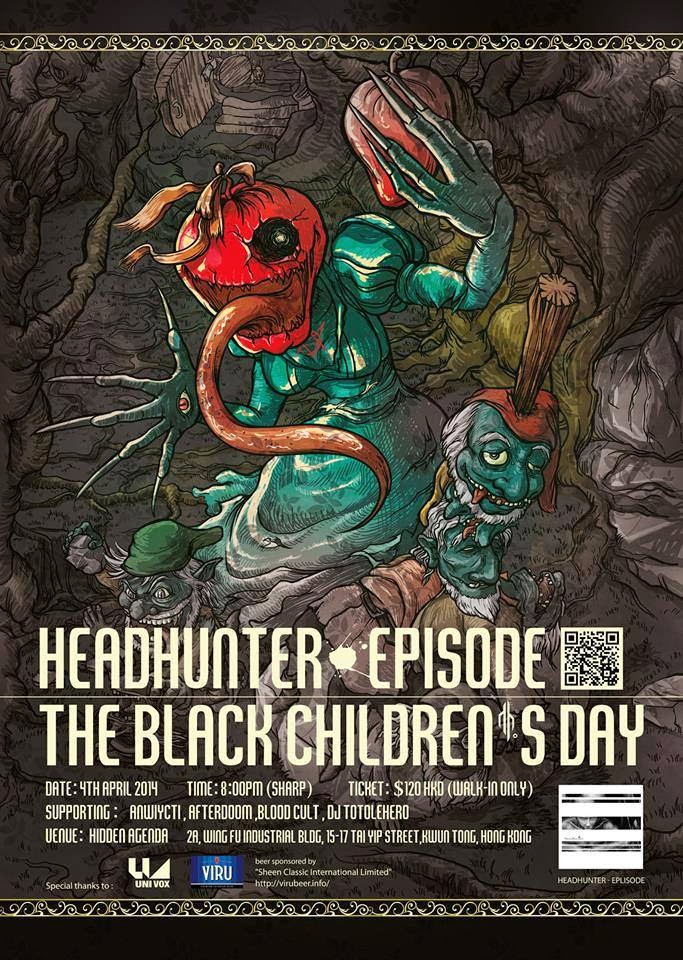