Interview and performance footage of Medium 2

Email ThisBlogThis!Share to TwitterShare to FacebookShare to Pinterest
Labels: live

Email ThisBlogThis!Share to TwitterShare to FacebookShare to Pinterest
Labels: live 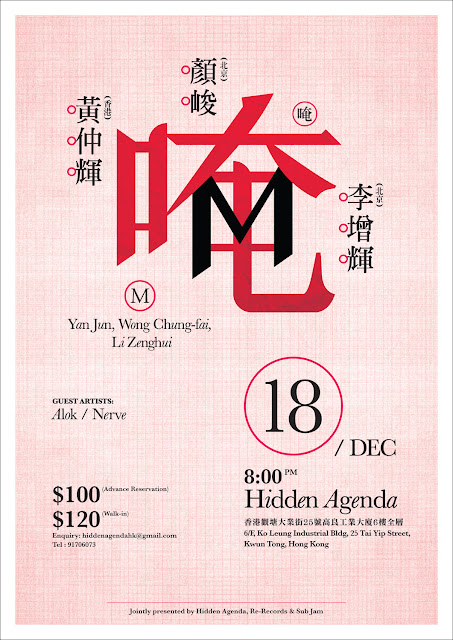 M is a special improvisation project initiated by Yan Jun and Wong Chung-fai. The first two performances of M were presented in Shenzhen (Neo Sound, 2009) and Beijing (Waterland Kwanyin, 2009). In this debut performance in Hong Kong, M has been expanded from a duo to a trio, with special appearance of avant-jazz saxophone player Li Zenghui.

Advance copies of M, the recordings that documents their Shenzhen and Beijing performance, to be released by Re-Records, will be available at the concert.

Born in Lanzhou in 1973. Based in Beijing. B.A. of Chinese Literature.

As an improviser he uses feedback noise in recent concerts. sound influenced by PA, space and audience’s movement. observe rather than express. a portable project “micro feedback”: for hypnotize audience by earphone.

Founder of Sub Jam/Kwanyin Records. Member of FEN (Fareast Network). Has toured around China and internationally.

Wong Chung-fai
Also known as Sin:Ned, an idiosyncratic improviser, experimentalist, live-visualist, mirco-curator and free-lance writer from Hong Kong. Also co-founder of the experimental imprint Re-Records, member of the electro-acoustic duo No One Pulse, and Advisor of soundpocket.

He has offered performance and creative work for concert, sound installation, workshop, audio-visual and theatrical performance. He had taken part and performed in various art events such as HK Sound and Vision Festival (2003), Get It Louder (2007), Hong Kong & Shenzhen Biennale of Urbanism/Architecture (2007, 2009), Architecture is Art Festival (2009), Notch Festival 2009 Guangzhou Station (2009).

Li Zenghui
Born 1983 in Qingdao, China. Relocated to Beijing in 2007. A Saxophone player, poet and voice experimentalist. He is the most promising star in China’s free music / avant-jazz realm. He had found the indie / experimental rock band “the Tipsy Verse” in 2001. Afterwards he held a concurrent post as the keyboard player in “Pipedream Princess”. Also co-founder of “Walnut Room” with Feng Hao in 2007.

Alok
Sound artist, guitarist and bassist. In 2002, he set up his own record label Lona Records, and started working as a producer. From the end of 2002 to 2009, he released 5 albums and 5 cd singles. He has played and participated in more than 100 shows and experimental events / projects in Hong Kong and China. Phon°noir was also invited to take part in the remix album 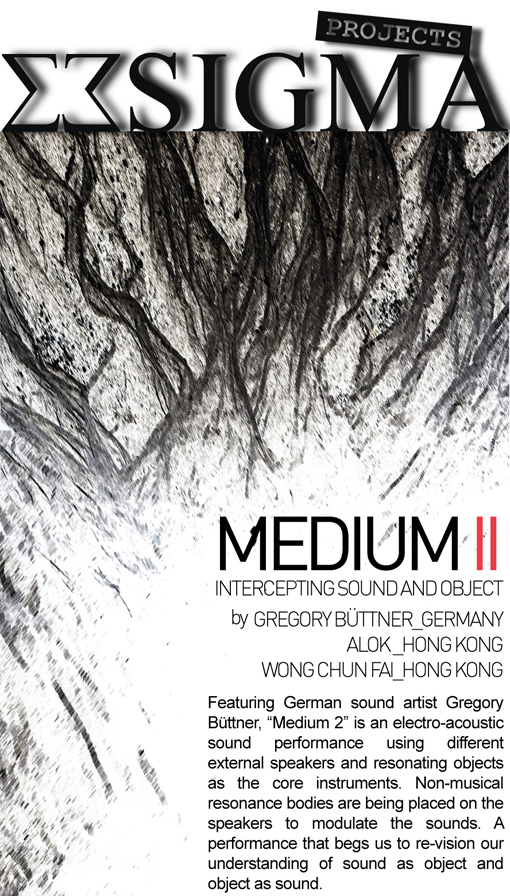 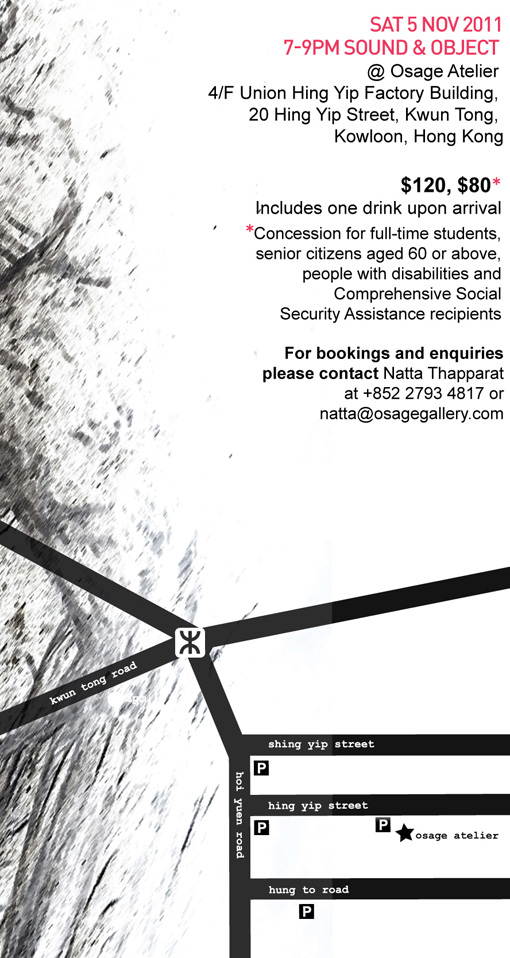