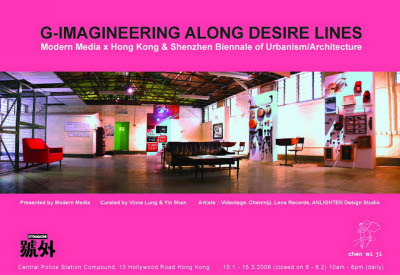 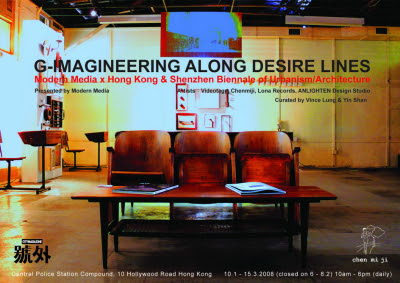 Central Police Station Compound, 10 Hollywood Road Hong Kong
10 Jan - 15 Mar 2008 (closed on 6-8 Feb)
10am-6pm (daily)
G-Imagineering along Desire Lines presents the work of urbanites who have documented/initiated changes in (what was formerly known as) Victoria City: a video collage of Hong Kong filmmakers/video makers’ cinematic reinterpretation of urban spaces, to be juxtaposed with a recreation of the Central soundscape by sound artists Alok and Lona Records in a room decorated by furniture salvaged from demolished public buildings over the years by cultural publisher and collector of urban artifacts Chenmiji, in a study of the desires, dramas and organic spatial relationships embodied in the architecture and its surroundings. Copies of Modern Media’s City Magazine and the Outlook Magazine, chroniclers of the collective cultural/consumerist experience in Hong Kong and the South China region, provide a frame of reference for the exploration of possibilities in sustainability.

DESIRE FURNITURE
慾望家私
Chenmiji
陳米記
Today, the Central Police Station compound stands deserted, devoid of its former occupants—and its colonial-style government furniture.
For more than two decades, Chenmiji have been preserving history by salvaging overlooked treasure from public buildings and government offices facing demolition. These chairs, tables, book cases, door handles, light switches have been selected by Chenmiji from his vast collection of urban artifacts to be displayed in this former exhibition space for “Correctional Services Industries” products. Each item has its own story to tell—and a similar origin to the government stationery and furniture that had been used or produced here until not so long ago.
中區警署建築群，人去樓空，連殖民年代的傢俬舊物也一併消失。
舊物收藏家陳米記多年來自面臨拆卸的舊屋舊廈、公共建築搶救家具、舊物保存歷史。今次，他從私己舊物倉庫挑選一系列大小組件──檯椅、書架、門鎖、電燈掣等等放回這個「懲教工業製品」展示室內陳列。每件物品，附掛名牌一個，述說它的身世故事。

Central is a playground of sounds loud and soft, a forum of conflicting views as much as it is an arena of power and desire. The ambient sound artists at Lona Records capture the emotions of the heart of our city and present us with a digital simulation of the urban soundscape, a soundtrack for the subconsciousness of the urbanite.
以聲音作為一種觸覺及想像方式，在空間與地理之間，劃一直線；以符碼學的姿勢，橫切歷史、權力、文化及瀕臨存在邊緣的回憶與現實。
Lona Records的聲音實驗家，以中區警署建築群為中心，向外以聽覺伸延，採集聲音，透過電腦軟件及各種電子器材，將中區警署建築群變成一個熔爐，一併消化自身的歷史及週邊的聲態環境。過程是一系列的現場演奏及背景音像。
名店與童年回憶與舊區生態與醉生夢死與建築與空間與消費物質資本主義連成一線聲音。
然而，根據相對論的說法，兩點之間的最短距離，不一定是直線。
想像，一個即將融化在聲音之中的中環。
Live Performance:
2 Feb 2008 (Sat) 2pm-5pm
Vavabond, No One Pulse, Nerve, Alok
23 Feb 2008 (Sat) 2pm-5pm
Vasco, KWC, Edwin, Sin:Ned
15 Mar 2008(Sat) 2pm-5pm
Alok, No One Pulse, Nerve, João Vasco Paiva, Vavabond, Edwin, yy.zz

RUNNING IN & OUT OF TIME & SPACE
A TRIBUTE TO JOHNNIE TO’S SPATIAL EXILE
放逐杜琪峰暗戰時空
Dan Ip+lo
葉曉丹＋lo
In Johnnie To’s Running Out of Time 2, the plot and reality intertwine in a Hong Kong that is strange yet familiar. Video artists Dan Ip+Lo have borrowed scenes from the film—with the director’s kind permission, of course—and argue visually that Lau Ching Wan, playing Inspector Lau in a “Central Police Station” that is in reality the former Marine Police Headquarters in Tsim Sha Tsui, is actually pointing his gun towards the days when our city was still a colony; that the fictional birdwatchers at the Central Piers are taking our imagination far beyond the hills surrounding Victoria Harbour; and that To’s cinematic tribute to the now demolished Queen’s Pier is a reminder of the arrogance and haste with which we have been destroying our past. Across the harbour, in the Cattle Depot Artists Village in Tokwawan, media artist Gd St j joins Dan Ip+lo in a video dialogue between real and imaginary space.

My big shout out and deepest respect...

Alok: My pure minimalist, without you, we will have no new music in HK now

KWC: I will never stop being amazed by your ideas & imagination

Nerve: You are true master of sound!!

VSOP: Let's get up and dance again guys, you are the greatest avant-garde unit in HK.

Fathmount: My respect to the only free-form improv guitarist...let's not stop here...the fun had just begun.

LWTV: My dear anarchist, all sounds equal and no sound shall tear us apart. Thru sound, we shall unite.

Wilson Tsang: You teach me the true beauty of the black & white keys.

Cedric: Hey, let's not keep the art secert. Shall we dance?

Edwin: Yes, let's surrender to the sounds around us!

Ahshun: The world is gloomy, but what the heck?

Sherman: I see a freedom that cannot be destroyed easily...

Anson: We shall never give up our trust and love in sound.

Email ThisBlogThis!Share to TwitterShare to FacebookShare to Pinterest
Labels: on music 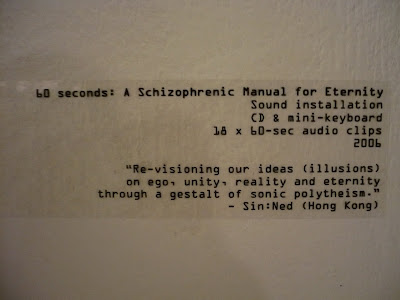 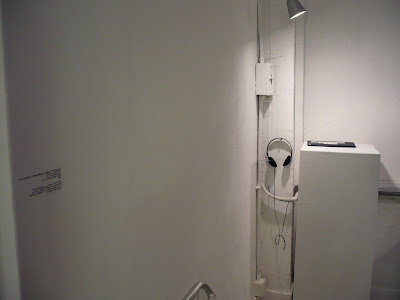 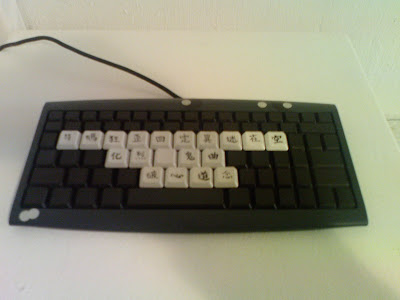 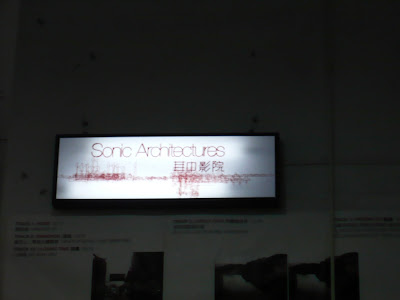 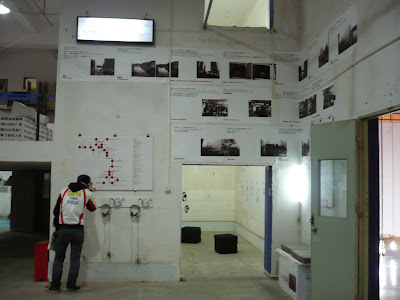 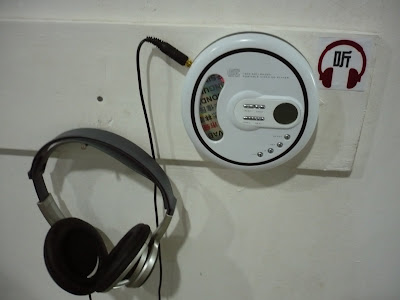 Some reviews by me @ Orange Melody (http://www.orangemelody.com/):

Honey, I Shrunk Myself!

There seems to be a global “size fetish” that regards everything big as necessarily good and right. This exhibition will show that making, using and being small have important implications in art and life. It will get us to reconsider issues of craftmanship, relationship, memory, technology, the individual in the social world, the missions of artists and the mass media, insanity and disasters. 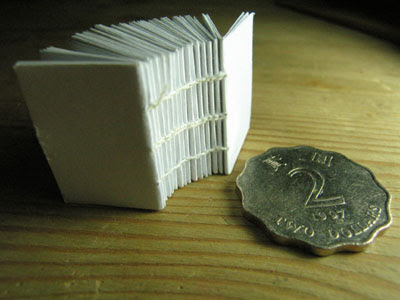 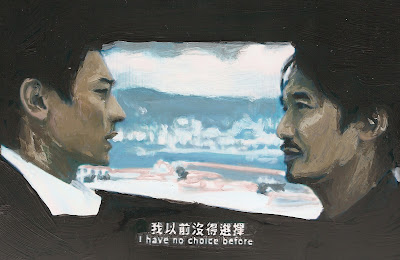 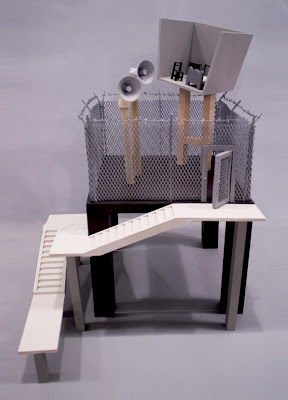 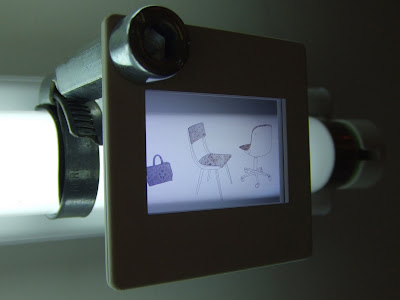 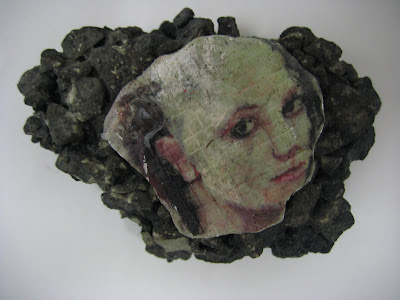 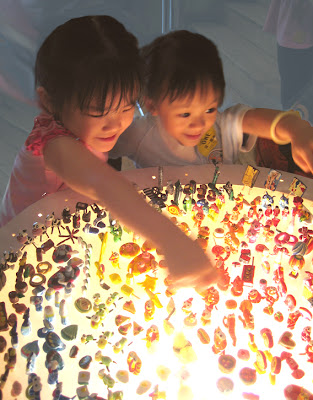 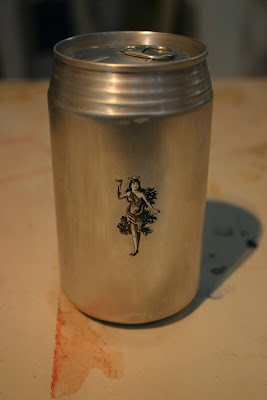 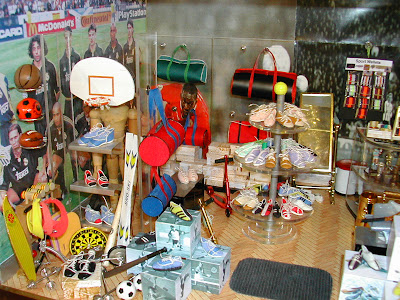 For My Son: The Sports Shop 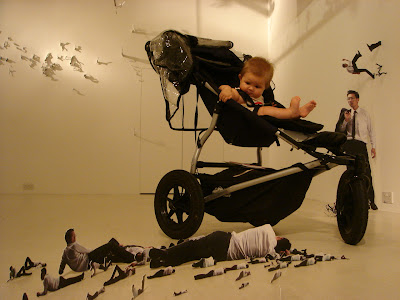 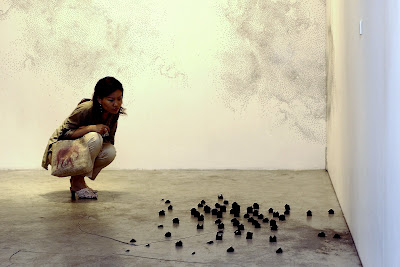 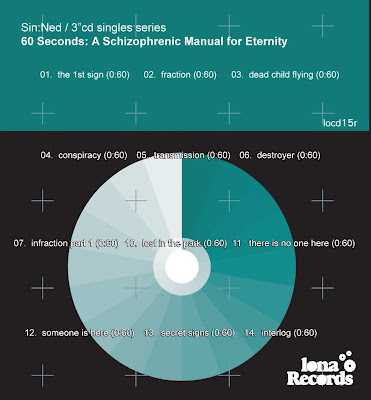