Meta Fog consists of Sascia Pellegrini (drums, percussions, electronics) and Eric Wong (guitar, electronics) who attempt to do musical mashup by abusing the audible elements the duo have experienced and fill them into their music, i.e. meta music.

Composers Union for New Tunes came to birth partly because of the the member's dissatisfaction towards the music they used to be playing, and being so fed up with the 'conventional' methods of making music.

Kevin had played in bands like Charisma and Heta Uma, and used to be a Canton pop arranger.
Callum is a fresh graduate out of Berklee College of music, now in Hong Kong playing live standard jazz regularly. His collaborators includes names such as Ted Lo and Tsang Tak Hong...etc

Alok
http://alok.bandcamp.com/
Alok, sound artist, guitarist and bassist. In 2002, he set up his own record label Lona Records, and started working as a producer. From the end of 2002 to 2009, he released 5 albums and 5 cd singles. He has played and participated in more than 100 shows and experimental events / projects in Hong Kong and China. Phon°noir was also invited to take part in the remix album
Selected Show: International Film Festival Closing Party (2002), AGF Live in HK (2005), Get It Louder (2007), Hong Kong & Shenzhen Bi-city Biennale of Urbanism / Architecture (2008), Red / Red_Shift: A Sound Exhibition & Perfromance For The Red Compilation in HK / Shenzhen (2009), Waterland Kwanyin 水陆观音160 (2009), Architecture is Art Festival (2009), Rebuilding Haiti (2010), Whisper Music Festival (2010) and Night of 3Dimensions (2011).

Sin:Ned
http://​sin-ned.blogspot.com/
Also known as Wong Chung-fai, an idiosyncratic improviser, sonic junkie, live-visualist, micro-curator and free-lance writer from Hong Kong. Co-founder of the experimental imprint Re-Records and member of the electro-acoustic duo No One Pulse.
Being a veteran writer of the legendary Hong Kong alternative music magazine MCB (Music Colony Bi-Weekly), his writings had influenced a wide spectrum of experimental musicians and listeners. While not writing as a pseudo-music critic elaborating his esoteric worldview, in the same idiosyncratic fashion, he spends much of his time hacking and sculpting sonic materials with his laptop and various non-standard electronic gears. With his on-going experimentation embracing improvisation, noise, errors, chaos and randomness, he has been re-visioning an unorthodox sound-making process expressed in extreme dichotomies, and driven by intuition and direct experience.
He had offered performance and creative work for concert, sound installation, workshop, audio-visual and theatrical performance. He had taken part and performed in events such as HK Sound and Vision Festival (2003), Get It Louder (2007), Hong Kong & Shenzhen Biennale of Urbanism/Architecture (2007, 2009), Architecture is Art Festival (2009), Notch Festival Guangzhou Station (2009), MILK+ (2010), and Whisper Music Festival (2010).

Wilmer’s main interest however lies in the spontaneity and freedom in musical improvisations, and wishes to continue perform and help promote such practice in Asia in the future."

-----
Adam Leung
Adam Leung is many things; a self taught multi-instrumentalist, a tinker, a scientist, amongst many others. Initially a self taught drummer, later merging his drumming techniques with guitar playing resulting in his unconventional methods of playing guitar and various stringed instruments. With knowledge in several fields of science, he is constantly exploring methods to tinker with existing musical instruments and sometimes creating his own. He is also the founder of Brown Note Collective, an experimental/free improvisational musical group.
-----

邱立信 Nelson Hiu
Nelson Hiu studied Ethnomusicology at the University of Hawaii, and moved to Hong Hong in 1985 where he took up dance music accompaniment as a profession. Hiu’s interest in music improvisation comes from the social unrest of the 1960’s and 1970’s, and he had been performing and composing with many artists in the multi-arts in all sorts of venues and osscasions. His innovative uses of instruments include the bamboo flute, drums, erhu, guqin, electronic musical instruments and voice. He has performed in the Mainland, Japan, Taiwan, Germant and the United States. His discographies include Music for Roaches, birds & Other Creatures, Still Here, POK and Normal Free.
-----
Les Fong
Les has been on drums for a while now. His earliest playing experience was keeping time to the music of John Coltrane, Little Richard, and various “top 40” radio artist of the 50’s; beating on an old Danish cookie can with Chinese teak wood chopsticks. The next 50 years were devoted to playing with other musicians/artists also attracted to this ‘in gathering’ of human culture. Deeply attracted to the ‘groove’, Les is inspired and admires the great Love, Passion, and Devotion of Hong Kong folk and all who are working peace and unity!

Steve Hui (Nerve)
Graduated from the Hong Kong Academy for Performing Arts with a master degree in composition and electronic music, Hui is a member of electronic music group VSOP and DJ of the clubnight “Are Friends Electric?”. With his multidisciplinary background, Hui’s main interest lies in exploring and experimenting the boundaries between contemporary music, sound art, multimedia theatre and pop culture. He was commissioned by Zuni Icosahedron to compose his first opera The Memory Palace of Matteo Ricci in 2010, and commissioned by City University of Hong Kong to compose The Four Infinities for the opening of the Run Run Shaw Creative Media Centre in 2012.

Kung Chi Shing
Born and raised in Hong Kong, Kung Chi Shing is a composer, performer and music activist. Kung studied classical music and composition in the United States with Allen Trubitt and George Crumb. He is known particularly for his work in the music and performance group ‘The Box’, which he founded with Peter Suart in 1987, and since 2009 as founder and curator of the ‘Street Music Series’ (co-produced with the Hong Kong Arts Centre) of free public concerts in Hong Kong.
In his compositions and performances, Kung focuses on experimentation with different formats, including pop, classical and improvisational music, and theatre art. Since 1996 he has created, composed and staged six full-length music theatre pieces: Destiny Travels Limited, The Floating Bridge, City Inside a Broken Sky, M Garden, City Inside a Broken Sky(II) and MINAMATA : A Requiem.

He has collaborated frequently with choreographers, directors and theatre artists, and has performed his music in Hong Kong, Taiwan, Japan, Cuba, Tashkent, New York, London, Berlin and Venice. Kung’s solo recordings on CD include Destiny Travels Limited and Bluesilence/Fishdreams, while his recordings with The Box include the compilations BOX: GO HOME, The Box: Full Fathon Five and the special 20th anniversary set The Box Book.
Posted by Sin:Ned at 12:09 AM No comments: 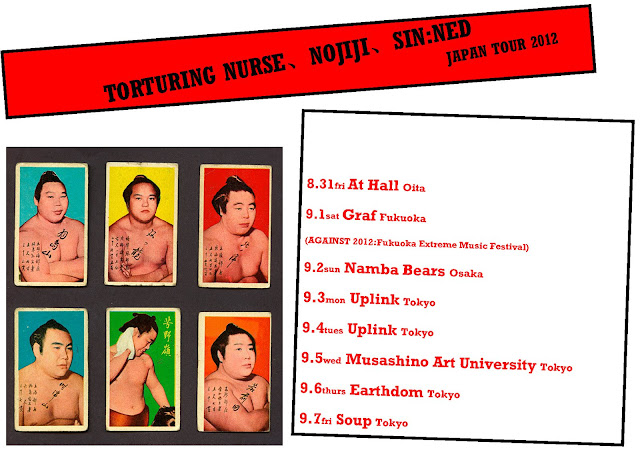 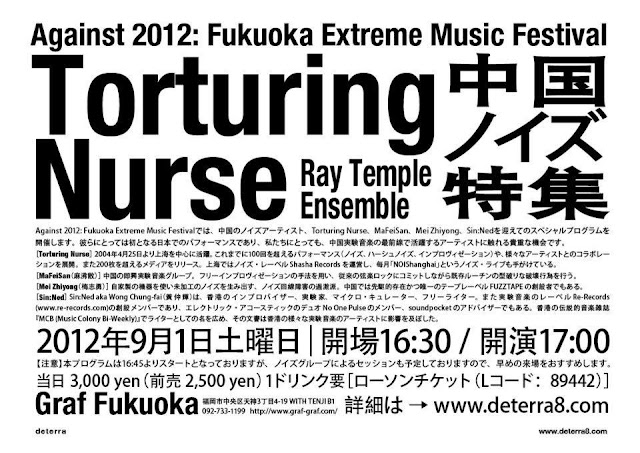